The importance of cars in our daily life is self-evident, but electric bicycles also play an important role in our daily travel with their advantages. First, they can sometimes be more convenient than cars. Users can ride it at a leisurely pace through campus or park, or in a mountainous environment. Moreover, when there is a traffic jam, electric bicycles can make the commute faster. Using electric bicycles can also reduce people’s spending on cars. It allows people to achieve the goal of exercise while traveling, and at the same time reduce the possibility of obesity. In addition, the use of electric bicycles is nature friendly, representing the development trend of transportation in the future.

A brand-new battery typically needs 12 hours for its first-time charging with an electric bicycle battery charger. This will ensure that the charging current can reach every cell in the battery. By doing this, the battery will be conditioned for the best performance in the future.

If you are using a lithium-ion battery, remember to charge it regularly, and avoid completely discharging the battery. It is recommended to charge the battery when there is 30-60% of the full capacity. To ensure that the battery is regularly charged, you need to use the electric bicycle often. So just think of this as a way to encourage you to get out and exercise. If you are using a lead acid battery, it is not suggested to charge the battery when there is still plenty of power left since its charging and discharging times are certain. Too frequent charging will lead to a faster corrosion of battery plates and the shortening of battery life. When charging the battery, choose an electric bicycle battery charger that is suitable for lithium-ion battery or lead acid battery according to the battery type to avoid mixed use of both.

Don’t leave your battery connected to a charger for too long time, since that means putting your battery into a bad charging circle of switching between too many times of minimum discharging and recharging. To avoid your battery being overcharged, it is recommended to use a timer onto your power socket or set an alarm in your phone to give you a reminder. There are several types of battery chargers with automatic shutdown function on our website, which can effectively avoid the battery overcharging problem.

Don’t keep the battery in low power for long time. Sometimes, when the weather gets cold or you might be going out for a trip, the electric bicycle will be idle for a while. In this situation, a few days will be fine. But if the time gets too long, the battery will naturally discharge when not used. For this problem, it is recommended to keep the battery at 40-70% of its full capacity before it is left idle. If it will be stored for long period of time, it is recommended to charge it once every three months. This will help to maintain the health of the battery and prolong its service time.

Pay attention to the temperature. Battery performance will be affected by weather. The appropriate temperature can keep the battery in its best working condition. Therefore, to maintain its best performance, extreme temperature condition should be avoided as much as possible in the use of the electric bicycle and its battery. When charging the battery, it is necessary to keep the temperature of the environment between 0-40℃. In summer, certain measures should be taken to dissipate the heat from both the battery and the charger. In winter, it is suggested to charge the battery indoors. The Smart Chargers on Power1986 platform have automatic switch function between summer and winter modes to adapt different temperature conditions.

Although almost every electric bicycle battery charger today is shock-resistant, they are still not recommended to carry along with the electric bicycle. Unless you need to change the charging location frequently, it is still recommended to place a charger in a fixed charging place. This will be helpful to avoid the damage to the internal components of the charger, and thus prolong its service life. Moreover, avoid flooding the charger during daily use unless it is waterproof. When waterproof battery chargers are talked about, our Waterproof Battery Charger will be the one to get your attention. This waterproof battery charger is a high-quality charging product with both CE and RoHS certifications. It has fully automatic transition function among CC, CV and float charging modes. It is also equipped with automatic shutdown function and multiple protection measures for safe use. 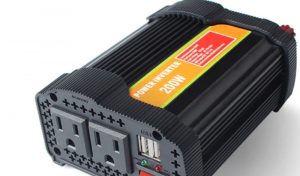 An inverter is an electronic device that converts DC to AC. It takes the direct current (DC) from a battery and converts it into alternating 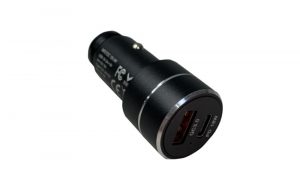 Things to Look for When Buying a Fast Car Charger

If you’re looking for a fast car charger, there are a few things you need to keep in mind. Not all chargers are created equal, 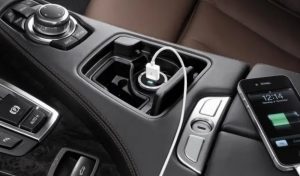 Here’s How USB Car Charger Can Keep Your Devices Charged on the Go!

A USB car charger is a must-have for any driver. This small device can keep your devices charged while you’re on the go, so you 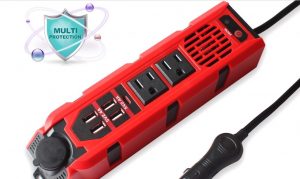 When it comes to powering your devices while on the go, you want to make sure you have the best power inverter for the job. 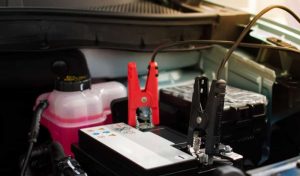 What Is Lead Acid Battery Charger and How Does It Work